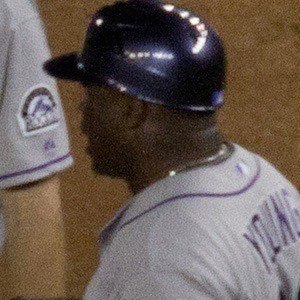 Retired MLB second baseman who represented the Colorado Rockies in the 1996 All-Star game.

He played both baseball and football at Rutgers University.

He won the Silver Slugger Award as the best offensive second baseman in 1996.

He became a first base coach on Kirk Gibson's Arizona Diamondbacks staff.

Eric Young Is A Member Of