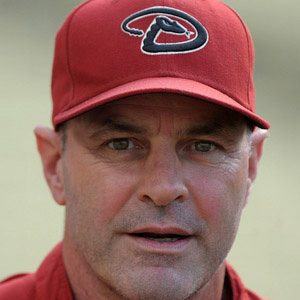 Outfielder best known for his infamous walk-off home run for the Los Angeles Dodgers against Dennis Eckersley in game one of the 1988 World Series, helping propel the Dodgers to a 5-game series victory.

He was a member of the World Series Champion Detroit Tigers in 1984.

He was named MVP of the National League in 1988, and in 2011, he was named NL Manager of the Year with the Arizona Diamondbacks.

Married JoAnn Sklarski in 1985 and the couple had three children together.

Kirk Gibson Is A Member Of