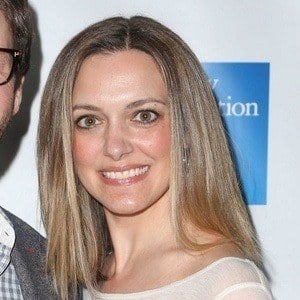 Became known as the wife of actor and comedian Ike Barinholtz, who's known from shows such as The Mindy Project and MADtv.

She married Ike Barinholtz in 2009.

She's worked as a producer on TV series such as Breaking Boston, DC Cupcakes and Undercover Boss.

She and Ike have daughters named Foster and Payton.

Her husband's claim to fame was starring on The Mindy Project alongside Mindy Kaling.

Erica Hanson Is A Member Of