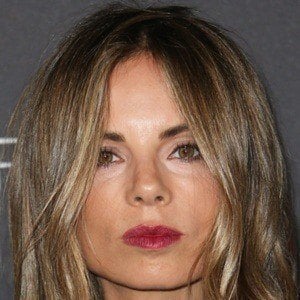 Stylist and designer who has become a fashion icon as the art director and a contributor to Vogue magazine. She has become an It girl in fashion, working with countless designers and celebrities.

At only five years old she began giving styling advice to her own mother.

In 2015, she helped launch the Los Angeles boutique company The Curator LA.

Her stunning wedding to Louis Leeman was featured in the online magazine The Coveteur.

One of her biggest style inspirations is Anna Dello Russo. One of her career highlights was doing a photoshoot with the icon along with Patrick Demarchelier and Anja Rubik for Dior Couture.

Erica Pelosini Leeman Is A Member Of