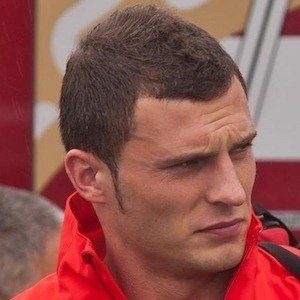 Dutch left back who is famous for his career in the English Premier League. In 2013, he signed with Stoke City, for whom he has regularly started as their primary attacking left fullback.

He began playing youth soccer for his local VV Rhelico in 2000 at age 12. He would later make his professional debut for Utrecht in 2006.

He has earned caps for the Netherland's national senior team as a starting left back. He previously led the Dutch U-21 squad to a UEFA U-21 Championship in 2007.

He was originally born in Tiel, and raised in Enspijk, Netherlands.

He and Kevin Wimmer have played alongside one another for Stoke City's defense.

Erik Pieters Is A Member Of