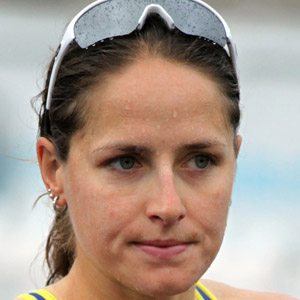 Triathlete who won a bronze medal in the individual event at the 2012 Summer Olympics in London.

She made her Olympic debut in 2008, finishing in 22nd place.

She was born in Camden, New South Wales.

At the 2012 Olympics she competed against Marina Damlaimcourt.

Erin Densham Is A Member Of