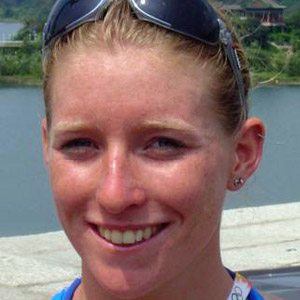 Irish triathlete who competed in the 2008 Summer Olympics in Beijing but did not medal. However, she did win two gold medals in the Irish National Championships.

She was Ireland's first Olympic qualifier for the Triathlon.

Following her career as a triathlete, she worked as a sports therapist in England.

She was born and raised in Bangor, County Down, Northern Ireland.

She and Katie Taylor are both Olympians from Ireland.

Emma Davis Is A Member Of