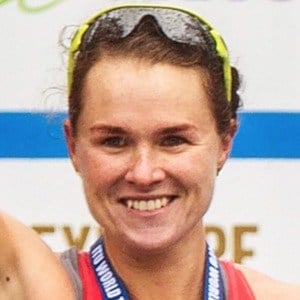 Triathlete who became the 2016 and 2017 ITU World Triathlon Series World Champion. She has over 90,000 followers on her Instagram account.

She took part in the 2008 Summer Olympics in Beijing for Bermuda.

She won the XTERRA World Championships every year between 2014 and 2017.

Her parents are Charlie Duffy and Maria Duffy.

She and Helen Jenkins are both triathletes who competed in the 2008 Olympics.

Flora Duffy Is A Member Of