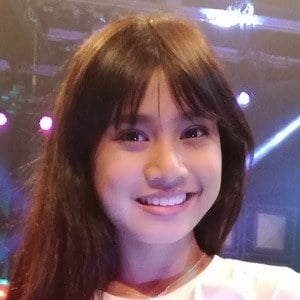 Singer who was a finalist on the talent competition series Ceria Popstar 2. She joined the cast of Club Mickey House Malaysia in 2017. In 2017, she appeared in the TV movie Kasut Bola Pink.

She first made a name for herself while on Ceria Popstar in 2014.

She is an Instagram sensation with more than 950,000 followers. She is a fan of BLACKPINK.

She is from Malaysia.

She and Charis Ow both joined Malaysia's Club Mickey Mouse in 2017.

Erissa Puteri Is A Member Of