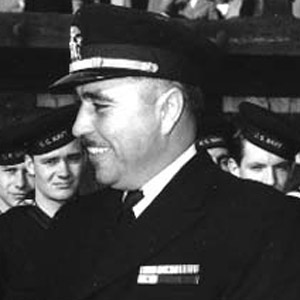 American war hero who was an officer in the United States Navy and received the Medal of Honor posthumously for his duty in the Battle off Samar during World War II.

He graduated from the United States Naval Academy in 1931.

The destroyer escort USS Evans was named in his honor in 1955.

He comes from a family of Native American ancestry.

He fought in the Battle of Samar under the command of General Douglas MacArthur.

Ernest E. Evans Is A Member Of