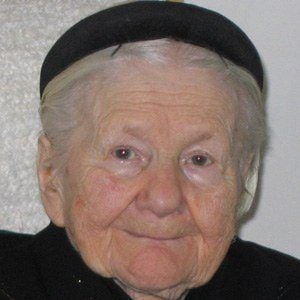 Polish nurse who risked her life to smuggle 2,500 children out of Nazi-occupied Warsaw during World War II.

She hid infants at the bottom of her large tool bag and smuggled older children in burlap sacks. As she carried out her rescue operation, her dog warned her of approaching Nazi soldiers.

Her heroism remained largely unrecognized until a group of Kansas high school students wrote a play called "Life in a Jar" that was based on her story.

She was married three times and had one daughter.

She was called the female Oskar Schindler because she, like Schindler, saved thousands of Jews from certain death.

Irena Sendler Is A Member Of