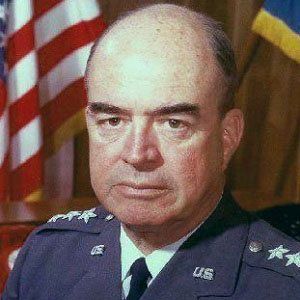 Four-star general in the United States Air Force. He fought in World War II and, during the mid-1960s, served as Commander-in-Chief of the U.S. Pacific Command's Pacific Air Forces division.

Before graduating from the United States Military Academy in 1932, he attended both the University of Georgia and the Virginia Military Institute.

His numerous military honors include the Legion of Merit, the Silver Star, and several Distinguished Flying Crosses.

He was born to Hunter and Lula Harris in Fort Sam Houston, Texas. His father was also a military officer (in the U.S. Army).

He and Chuck Yeager were both World War II fighter pilots.

Hunter Harris Jr. Is A Member Of