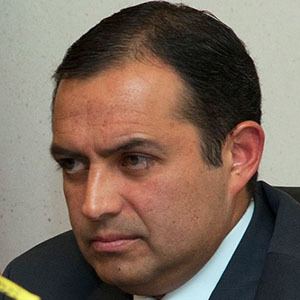 Actuary and politician who is recognized for his affiliation with Mexico's National Action Party. He has served as the country's Secretary of State, Secretary of Social Development, and Finance Secretary.

He obtained a master's degree in economics from the University of Pennsylvania.

He was instrumental during Mexico's battle with the AH1N1 flu outbreak.

He married his wife Cristina Keller in 1994.

He served in the cabinet of Felipe Calderón.

Ernesto Cordero Is A Member Of