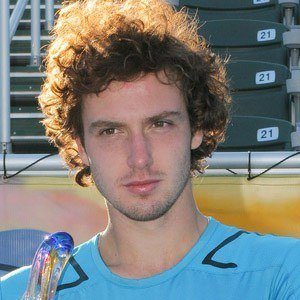 Latvian tennis player who turned pro in 2004; by 2013 he had three ATP career singles titles and two doubles titles.

He played tennis with his grandmother and also enjoyed other sports such as basketball and ice hockey.

He grew up with three sisters and two brothers.

He defeated Ivo Karlovic at his first ATP Tour singles in 2010.

Ernests Gulbis Is A Member Of