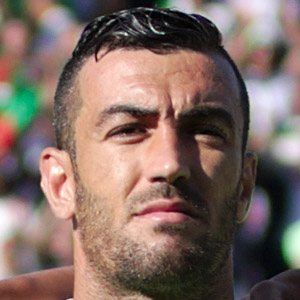 Defender who joined Watford in 2013 after spending a year with Granada. He debuted with the Algerian national team in 2012.

He began his professional career with JS Kabylie in 2008.

He scored his first international goal on May 31, 2014 in a friendly against Armenia.

He was born in Medea, Algeria.

He and fellow defender Aissa Mandi became teammates on the Algerian national team.