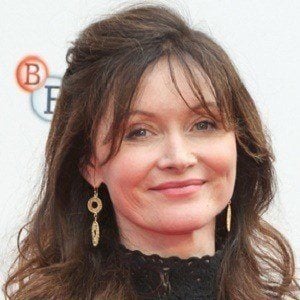 Acclaimed and award-winning Australian actress of both the large and small screen, as well as theater, whose major film credits include The Babadook, Australia, The Matrix Reloaded and Revolutions and Girl with a Pearl Earring.

She graduated from Australia's premier drama school, The National Institute of Dramatic Art, in 1992. She previously studied at the University of Tasmania's Rosny College and was a member of the Old Nick Company.

She became a cast member on HBO's hit series Game of Thrones in season six of the show. Her performance as Stella Kowalski in the Royal National Theatre's production of A Streetcar Named Desire earned her a Laurence Olivier Award for Best Supporting Actress.

She has twin daughters named Ruby and Stella with her husband Justin Kurzel. Her father, George Davis, was an artist.

Essie Davis Is A Member Of