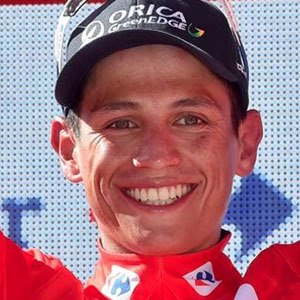 Colombian cyclist who first became known when he was still an amateur, winning the French Tour de l'Avenir race in 2011. He rides for the UCI WorldTeam Mitchelton-Scott.

He studied at the University of Cundinamarca.

He began competing as a profession in 2012 after signing with the Colombia-Coldeportes team as a neo-pro.

His brother, Brayan Chaves, is also a cyclist.

Esteban Chaves Is A Member Of