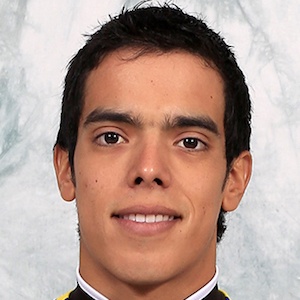 Colombian cyclist who has risen to fame competing in the UCI World Tour, including for Trek-Segafredo beginning in 2017. In 2016, he competed in the individual road race event for Colombia at the Olympics, and won stage 15 at the Tour de France.

He won the 2017 Colombian National Time Trial Championships. He finished in the top 60 at the 2018 Giro d'Italia road racing tournament.

He competed against eventual winner Chris Froome at the 2016 Tour de France.

Jarlinson Pantano Is A Member Of