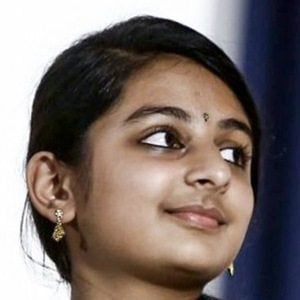 She made her acting debut as Young Malli in the film Nallavan in 2010.

She starred as Gemini in the 2017 film Gemini.

Her parents are Anil Abraham and Manju Anil. She has two siblings, Evan and Eric.

She played Kamal Haasan's daughter in the 2015 film Papanasam.

Esther Anil Is A Member Of