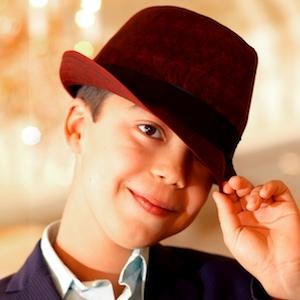 American piano prodigy known for being one of the world's youngest entertainers and for his various philanthropic efforts.

He started playing keyboards at three and was already creating his own compositions by age five.

He became the youngest musician ever to headline his own tour with the Musical Time Machine tour, which began when he was just ten years old.

He was born to Jewish parents named Hannah and Gene, both from the Ukraine. He has a younger brother named Nathan who was born with a heart defect.

He was featured on the We Are the World 25 for Haiti benefit song, alongside world-renowned artists like Barbra Streisand.

Ethan Bortnick Is A Member Of