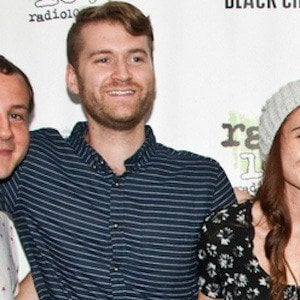 Producer and drummer for the American indie pop band MisterWives who released a charting debut studio album called Our Own House.

MisterWives formed in 2012 with lead vocalist Mandy Lee first partnering with Etienne and bassist William Hehir. About one year later after operating originally as a trio, Etienne brought along guitarist Marc Campbell and multi-instrumentalist Jesse Blum.

He was a student at Sarah Lawrence College and also studied at Ethical Culture Fieldston School.

He has a brother named Gab and his parents are David and Guillemette.

Etienne Bowler Is A Member Of