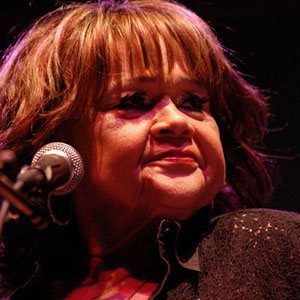 Late blues singer who released the hits "At Last" and "Something's Got a Hold on Me" and won multiple awards, like Best Traditional Blues Album.

Her single "Dance with Me, Henry" helped launched her career, as the track made the Hot Rhythm & Blues Tracks chart.

She received a Grammy Hall of Fame Award for "At Last." She released her first album in 1960 and her last in 2011.

She married Artis Mills in 1969 and they had two children together. She died of leukemia in January 2012.

She was discovered in the 1950s by Johnny Otis.

Etta James Is A Member Of