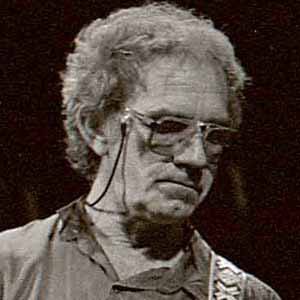 Known for songs After Midnight, Cocaine, Clyde, and Call Me the Breeze. He was one of the pioneers of the Tulsa Sound.

He was given his nickname by Elmer Valentine of Sunset Strip nightclub Whisky a Go Go so he wouldn't be confused with John Cale of Velvet Underground.

He grew up with one sister in Tulsa, Oklahoma.

He turned down an opportunity to appear on Dick Clark's American Bandstand, because he didn't want to lip-synch his popular Crazy Mama hit or perform it without his band.

JJ Cale Is A Member Of