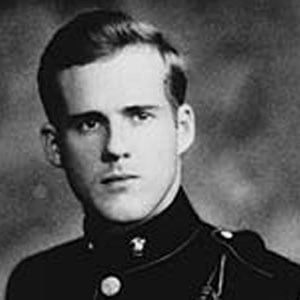 His descriptions of combat in World War II formed the basis of both the PBS documentary, The War, and the popular HBO miniseries, The Pacific. His published works include With the Old Breed: At Peleliu and Okinawa (1981) and China Marine (published posthumously in 2002).

He entered the Marine Corps at age twenty-two; after two years of specialized training, he experienced his first heavy combat.

His novel, With the Old Breed: At Peleliu and Okinawa, contains graphic descriptions of war on both Pacific islands, along with accounts of the physical and mental stresses he and his fellow Marines endured.

He grew up in Mobile, Alabama. His father was Edward Simmons Sledge, a physician.

He was portrayed by Joseph Mazzello in the HBO miniseries, The Pacific.

Eugene Sledge Is A Member Of