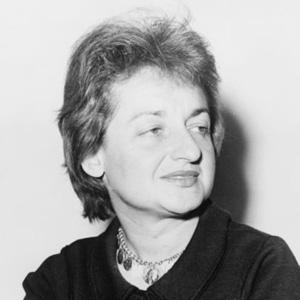 Author of the groundbreaking 1963 work, The Feminine Mystique, and a leading figure in 20th-century American feminism's second wave. She established the National Organization for Women (NOW) in 1966 and served as the group's first president.

She studied psychology at Smith College and edited the campus newspaper. She began graduate study at the University of California-Berkeley, but dropped out of school to work as a left-wing journalist.

She was a strong supporter of the proposed Equal Rights Amendment to the Constitution.

She married Carl Friedan in 1947; together, the couple had three children: Emily, Daniel, and Jonathan.

She and Rebecca West were both important feminist authors.

Betty Friedan Is A Member Of