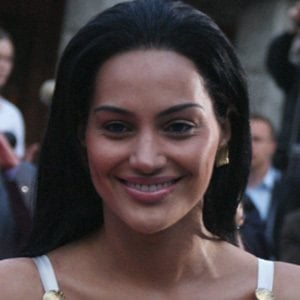 Singer who emerged on the international stage after representing Armenia at the 2010 Eurovision Song Contest with the song "Apricot Stone." She later became a judge on The Voice of Armenia.

She grew up in Rostov, Russia.

She performed in the Armenian ensemble known as Arevik.

Her mother is Armenian and her father is Russian-Greek.

She competed against Sergei Yalovitsky at the Eurovision Song Contest.

Eva Rivas Is A Member Of