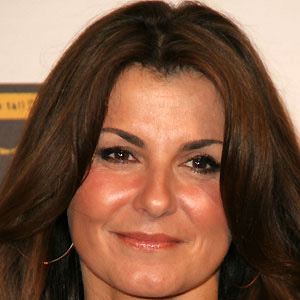 Actress who starred as Pilar Lopez-Fitzgerald in the soap opera Passions from 1999 to 2008.

She was born in Brooklyn to Cuban journalist Agustin Tamargo and Rosalba Napoles.

She appeared on the Telemundo telenovela Mas Sabe el Diablo from 2009 to 2010.

She played Celine Gonzales on the Oprah Winfrey Network primetime soap opera The Haves and the Have Nots.

Eva Tamargo Is A Member Of