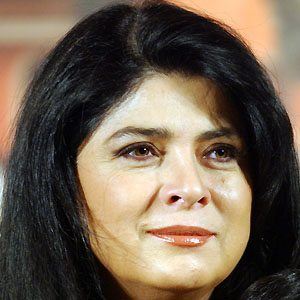 Mexican actress who become known as the Queen of the Telenovela for starring in such popular shows as La Fiera and Simplemente Maria.

At the age of 19, she starred in her first telenovela, Conflictos de un Medico, in 1980.

She took a step back from the telenovela world in 2011 and performed in a series of theatrical productions.

She was married to actor Eugenio Derbez from 1992-1997; they had a son named Jose. She married politician Omar Fayad in 2001; they had children: Anuar and Victoria.

She co-starred with Cesar Evora in the 2005 telenovela La Madrastra.

Victoria Ruffo Is A Member Of