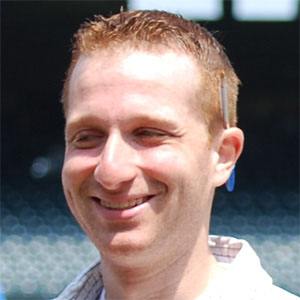 American talk show host who is known for hosting a midday show with Joe Benigo on WFAN in New York. He has also hosted his own show on the Sirius Satellite Radio channel Maxim Radio.

He started his career early at 10 years old when he did updates for WFAN's Imus in the Morning radio program.

He had a small role in Howard Stern's film Private Parts.

He grew up with his family in Cedarhurst, New York.

He co-hosted a show with Joe Benigno on WFAN.

Evan Roberts Is A Member Of