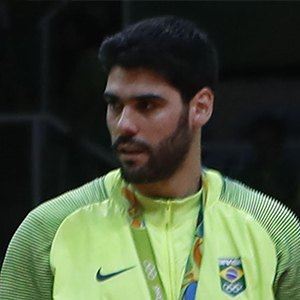 Professional volleyball player who is recognized for having played for Brazil's men's national team. In 2016, he was selected as the Best Spiker at the FIVB Volleyball Men's Club World Championship.

He helped in winning a gold medal for Brazil at the 2016 Summer Olympics.

He has a daughter named Isabela Chiccoli.

Both he and Wallace de Souza played for the Brazil men's national volleyball team.

Evandro Guerra Is A Member Of