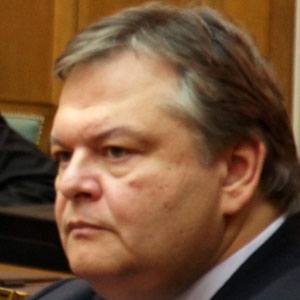 Politically affiliated with the Panhellenic Socialist Movement, he served, beginning in 2011, as Deputy Prime Minister of Greece. His other titles include Minister of Finance (2011 to 2012) and Minister of National Defense (2009 to 2011).

After earning his law degree from the Aristotle University of Thessaloniki, he joined the university's faculty and also served on the Board of the National Bank of Greece.

He published a series of articles on the subject of university education in Greece.

His marriage to Vasiliki (Lila) Bakatselou resulted in a daughter.

He rose to national prominence as the defense attorney of Greek Prime Minister Andreas Papandreou; he cleared Papandreou of all corruption charges.

Evangelos Venizelos Is A Member Of