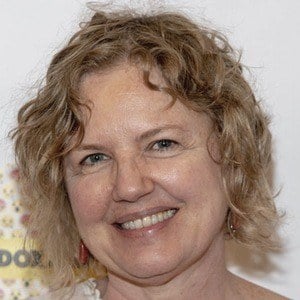 Veteran television and film actress who regained attention later in her career for her role in the 2012 television show Don't Trust B---- in Apartment 23.

She did off-Broadway stage productions in Chicago, Los Angeles and Paris.

She became known for her film roles in the 1990 film Avalon and the 1997 film Honey, We Shrunk Ourselves.

She has two daughters, Tess and Grace, with her husband Todd Waring.

She had a supporting role in the 2008 film Recount with Kevin Spacey.

Eve Gordon Is A Member Of

The Grudge 2
Honey, We Shrunk Ourselves
The Powers That Be
62 Year Olds