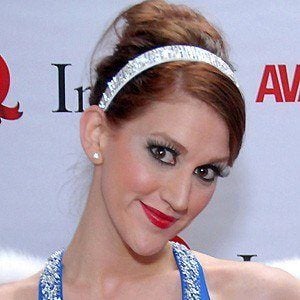 American adult film actress who has starred in over 80 films and was nominated for an AVN Award in the Best Couple Scene in a film category in 2007.

She stopped acting in 2005 to obtain an Associate's degree and enter law school.

Nicole Ari Parker is another actress who hails from Maryland.

Eve Lawrence Is A Member Of