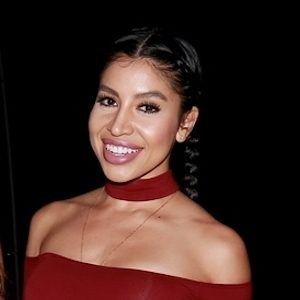 Actress and host who first became widely known for playing Sandra in La Chamba in 2012. She later became a host on Too $hort's Boombox.

She made her acting debut in 2001 in the series Diseñador ambos sexos.

She has become a prominent social media personality on Instagram creating short comedy videos. Since creating her account, she has earned more than 330,000 followers.

She grew up the middle child and only girl of three in Los Angeles, California.

She appears on the podcast Too $hort's Boombox alongside host and rapper Too Short.

Evelyn Gonzalez Is A Member Of