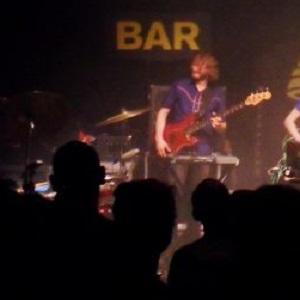 Bass guitarist for the Norwegian band Jaga Jazzist, as well as a part-time member of the black metal band Malignant Eternal.

He studied music production and jazz at the Norwegian Academy of Music.

He collaborated with Malignant Eternal on the group's 1999 album, Alarm.

His family lived in Tonsberg, Norway at the time of his birth.

He and fellow jazz musician Karl Seglem were both born in Norway.

Even Ormestad Is A Member Of