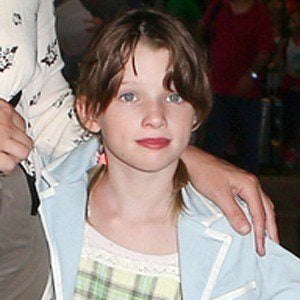 Daughter of actress Milla Jovovich. She made her acting debut as the Red Queen in the film Resident Evil: The Final Chapter. She was also cast in Black Widow and Peter Pan & Wendy.

She realized she wanted to become an actress at the age of four.

She and her mom both starred in Resident Evil: The Final Chapter.

She and her mom had a photoshoot in Paris with famed photographer Karl Lagerfeld.

Ever Anderson Is A Member Of