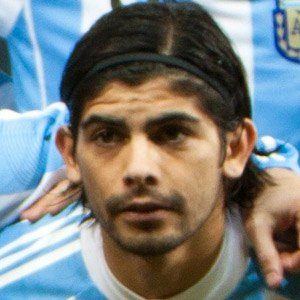 Midfielder who joined Valencia and became a member of the Argentinian national team in 2008.

He debuted professionally for the Boca Juniors in 2007.

He scored his first international goal on March 26, 2013 in a World Cup qualifier against Bolivia.

He was born in Rosario, Argentina.

He became teammates with the great Lionel Messi on the Argentinian national team.

Ever Banega Is A Member Of