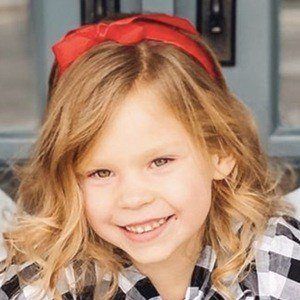 Identical twin and fraternal sibling of four, she and her three sisters are the star of the family vlogging YouTube channel and blog, Gardner Quad Squad. Their parents rocketed to fame after they discovered they were pregnant with two sets of twins.

Doctor's told her parents, Tyson and Ashley Gardner, that she only had a 40% chance of conception after she was diagnosed with endometriosis. However, after IVF treatments, her parents became pregnant with two sets of twins.

Her parents gave birth to her older sisters and twins, Indie and Esme first and then followed with Evangeline and her twin sister Scarlett.

She and Symphony Rader are both the stars of successful family vlogging channels.

Evie Gardner Is A Member Of