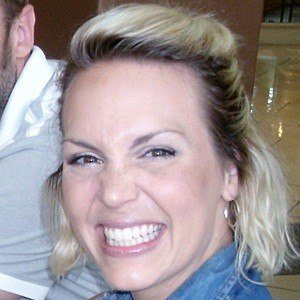 Singer, vocal coach and YouTube star who co-founded the University of Oregon's all-female a cappella group Divisi which she sang in for five years. The book and movie Pitch Perfect are based on her and Divisi's run at the 2005 International Championship of Collegiate A Cappella Finals.

She graduated from the University of Oregon with a Bachelor of Arts degree in Spanish, and minor in Music. She later attended the Contemporary Arts Project 21 Conservatory in New York City as a musical theater student.

She worked as performer on Royal Caribbean Cruise ships.

She married Peter Hollens and she has sons named Ashland and Saylor.

She and Peter sang a popular cover of Idina Menzel's "Let It Go" from the film Frozen.

Evynne Hollens Is A Member Of