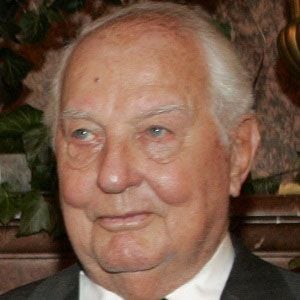 German man remembered for being the last surviving participant of the failed July 1944 plot to assassinate Adolf Hitler. After World War II, he served as the convener of the Munich Conference on Security Policy from 1962 to 1998.

He became an infantry officer with the Wehrmacht at age eighteen.

He received the U.S. Department of Defense Medal for Distinguished Public Service in 1991.

He planned to assassinate Adolf Hitler under the guise of presenting the dictator with newly-designed Nazi uniforms.

Born In 1922
Born in Germany
Cancers