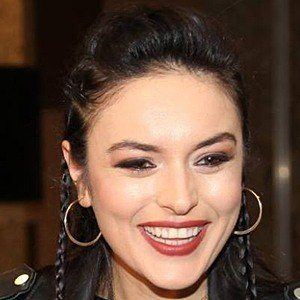 Award-winning Turkish film and television star known for her starring roles such as title character Ceren in Celal and Ceren and for portraying Eylul in Boss Wants a Happy Ending.

After making her acting debut in the 2000 show Karate Can, she spent four years studying at the Müjdat Gezen Arts Centre.

Outside her many film credits, she has also starred in recurring roles in the shows Senden baska and Canim ailem.

In the 2013 romantic comedy Celal and Ceren, Sahan Gokbakar played the Celal to her Ceren.

Ezgi Mola Is A Member Of