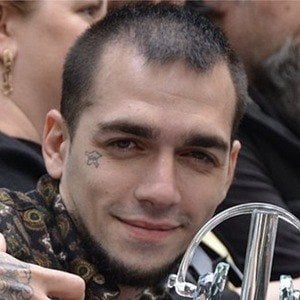 Hip-hop, trap, and reggae artist who rose to fame after the release of his debut studio album Müptezhel in 2017. He is recognized for the popular singles "Şehrimin Tadı" and "Geceler."

One of his earliest releases as a solo artist was the 2011 single "Sekiz."

He co-founded a record label known as VooDoo Records.

He and fellow rapper Anil Piyanci both rose to fame in Turkey's burgeoning rap scene.

Ezhel Is A Member Of