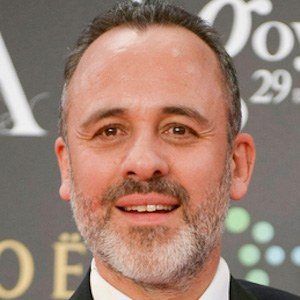 Spanish director best known for his 2008 feature film Before the Fall. In 2014, he agreed to a deal with Paramount Pictures to direct the next installment of the franchise The Ring.

He was in Law School when he made his directorial debut with the award-winning short film Brasil.

He was working on a reboot of the 1990s film The Crow when he signed his deal with Paramount, leaving him unable to continue his work on the remake.

He splits his time between Madrid and Los Angeles.

Wes Craven expressed interest in remaking Gutiérrez's "Before the Fall" for an American audience, but the project never came to fruition.

F. Javier Gutiérrez Is A Member Of