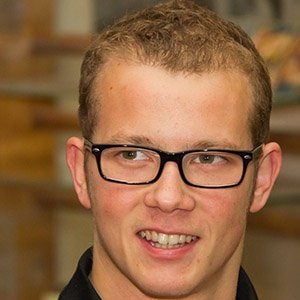 Olympic gymnast from Germany who won six gold medals at the European Championships from 2005 to 2010. He won the silver medal in the horizontal bar event at the 2012 Olympic Games in London.

He competed at the 2004 Summer Olympics in Athens, where he was the youngest German athlete in any sport.

He was named German Sportspersonality of the Year in 2007.

He has been coached by his father, Wolfgang Hambuchen.

He and swimmer Paul Bidermann have both won the German Sportspersonality of the Year Award.

Fabian Hambuchen Is A Member Of