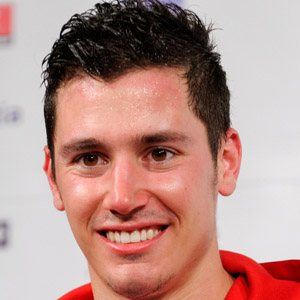 Fencer who first competed in the Olympics at the 2012 Summer Games in London.

He was born in Bern, where he took up fencing at a very young age.

In 2011 he finished in third place at the World Fencing Championship.

Both his brother, Michael Kauter, and his father, Christian Kauter, competed in fencing in the Olympics.

He competed in epee at the 2012 Olympics, an event that Ruben Limardo ultimately won.

Fabian Kauter Is A Member Of