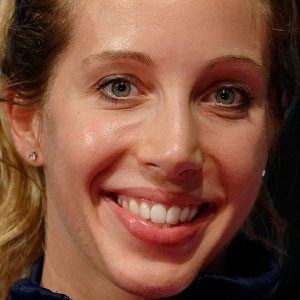 Sabre fencer who won back to back Olympic gold medals in the individual event in 2004 and 2008.

In 2012 she was USA's Olympic Flagbearer.

Her parents, Cathy and Robert Zagunis, were rowers in college.

She was one of America's biggest Olympic stars in the 2004 and 2008 Olympics, along with Michael Phelps.

Mariel Zagunis Is A Member Of