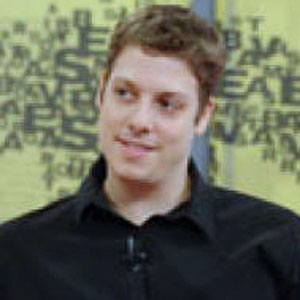 Comedian who starred in the Brazilian TV series The Great Family and The Brazilian.

He earned his degree in the Arts from Art House of Orange, Rio de Jeneiro.

He gained YouTube attention in 2012 as a regular on the Porta Dos Fundos (Back Door) web series.

He was married to actress Patricia Vazquez from 2010 until 2013. He later began a relationship with Nataly Mega.

In 2012, he started acting alongside Gregorio Duvivier on the Backdoor YouTube channel.

Fabio Porchat Is A Member Of