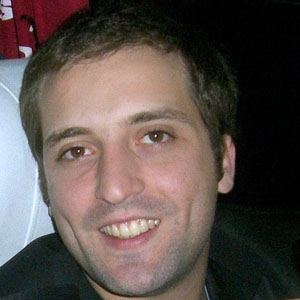 Film, television, and theater actor who has also established himself as a notable Brazilian poet. He won his first Best Actor Award in 2013 for his lead role One Night on the Moon.

He started his acting career at the theater Tablado at age nine.

In 2013, he played Adriano Soares in Giovanni Improtta.

He was born into a musical family as the son of singers Olivia Byington and Edgar Buvivier.

He acted alongside Vincent Cassel in the 2009 drama, Adrift.

Gregorio Duvivier Is A Member Of