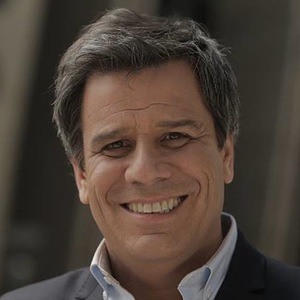 Neurologist and neuroscientist who is credited as having founded Argentina's Institute of Cognitive Neurology. He was also a respected member of his home country's PRO political party and considered running for office.

He obtained a master's of science from the University of Cambridge.

In 2011, he hosted the television program Los Enigmas del Cerebro.

He was married to Josefina Sicoli.

He was a frequent guest on Mirtha Legrand's talk show program.

Facundo Manes Is A Member Of