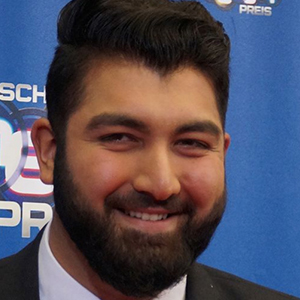 German-Afghan comedian who gained famed thanks to his performances on the show Luke! The week and me.

His Afghan roots play a major role in the subject matter of his comedy.

He appeared in season 10 of Let's Dance.

He was born and raised in Gross-Gerau, Germany.

He dressed up as Pablo Escobar for a 2017 YouTube video.

Faisal Kawusi Is A Member Of